Some people may now be wondering why this type of pasta should be called Bigoli, even though it looks like it’s just spaghetti in the picture. Bigoli are actually similar to spaghetti, but much thicker and thicker in texture. When I was on vacation in Italy in an apartment near Venice, I made bagoli with lavender, market vegetables and bacon.

The Veneto region is actually better known for its risottos than its pasta specialties. Bigoli is an exception food here. As already mentioned, they are often thicker than regular spaghetti. It also takes about twice as long to cook. They are reminiscent of bricks, which can also be seen in the name. Bigat means bricks in the Venetian dialect. They are also known to be good at dipping sauces due to their thickness and smooth surface. Here you can find out which other types of pasta go perfectly with which sauce.

I made my bigoli with lavender, market vegetables and bacon in a light cream sauce. Even when I’m on vacation, I like to visit the market from time to time, buy good products and then prepare them myself. To be honest, these are exceptions, because eating in restaurants is easier and gives you a little more holiday feeling. But to enjoy the original Italian cuisine at home in Germany, we have some authentic recipes for you to try. How about this: 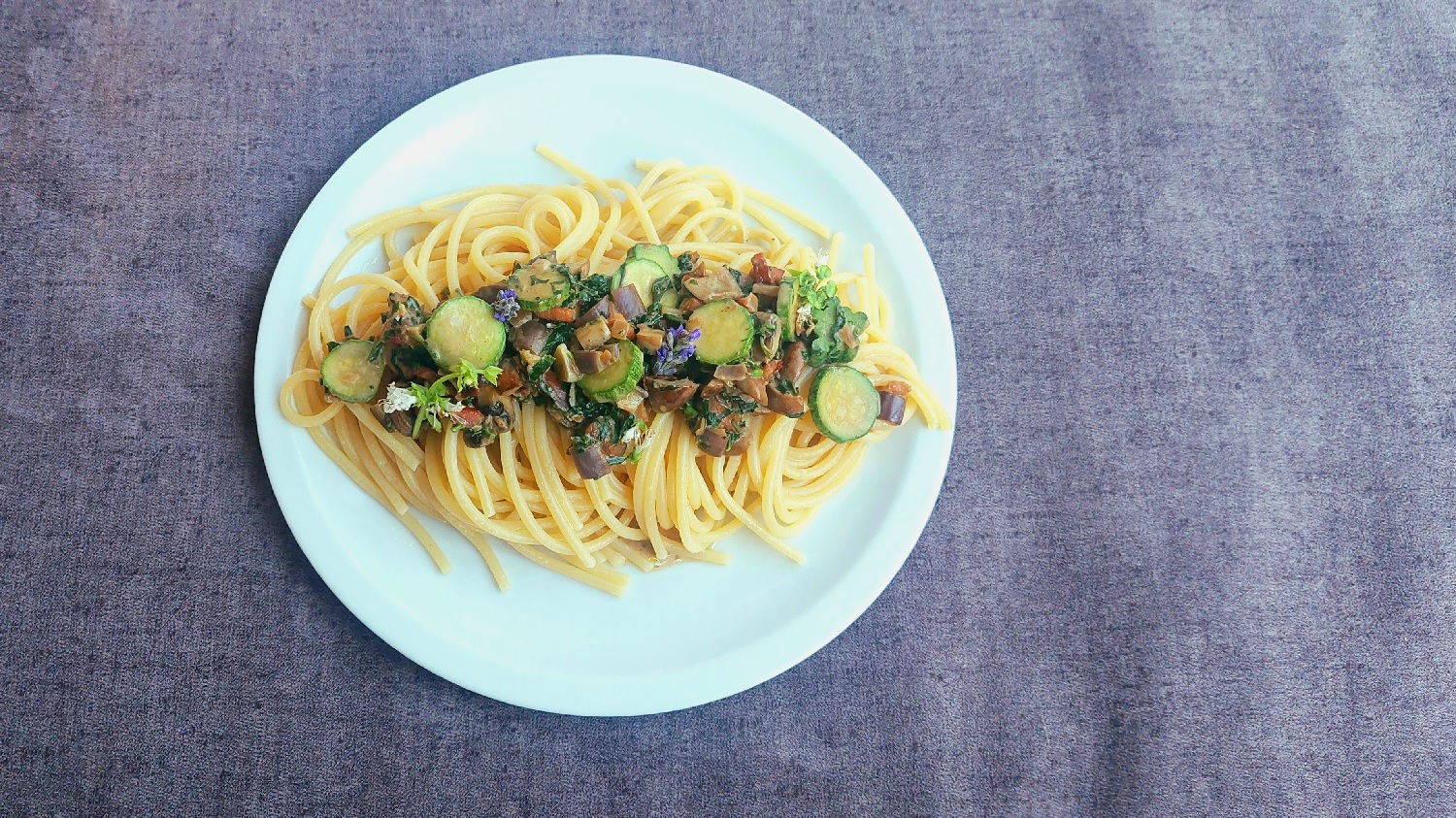 Be sure to try this original Venetian pasta: bigoli with lavender, market vegetables and bacon.